Destroying America via the "first Pharmatocracy in history". @rightsradio, Dec. 26: #havefaith #hope: "Jacob shall no more be ashamed, no more shall his face grow pale. For when he sees his children, the work of my hands, in his midst, they will sanctify my name; they will sanctify the Holy One of Jacob and will stand in awe of the God of Israel." - Isaiah 29:22-23 @RightsRadio, Dec. 26: … END_OF_DOCUMENT_TOKEN_TO_BE_REPLACED

We close the year with Abraham Lincoln. He could be speaking about the 2 million illegal aliens permitted - nae encouraged - to cross our southern border in 2021, about the 680,000 illegal criminals who "got away," about the 100k fentanyl (poisoned pill) drug deaths directly resulting from Biden's open border policies. Oh yes, he could be speaking about all of that today. "While, on the other … END_OF_DOCUMENT_TOKEN_TO_BE_REPLACED 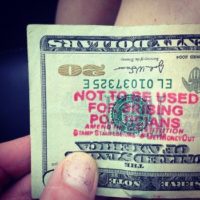 Covid-19 Losses, Stock Market Gains & Political Fallout -- Who is Rigging the Market? As of 12/27/2020 - Fortunately, this is our last post on Covid-19. Congress passed a $900 billion relief package this week that included a foreign aid component for Pakistan and other distant locals. What?!! As of this hour, the President is still refusing to sign the bill, calling for additional sums he is … END_OF_DOCUMENT_TOKEN_TO_BE_REPLACED

[November 14, 2019 Update: According to CNN, the US Food and Drug Administration issued a warning letter to Dollar Tree for receiving adulterated over-the-counter drugs produced in China, including acne treatment pads and Assured brand drugs. The items were produced by Shanghai Weierya Daily Chemicals Factory and Hangzhou Zhongbo Industrial Company Ltd., "which the letter details have shown a … END_OF_DOCUMENT_TOKEN_TO_BE_REPLACED

US and global stock market seem to rally during natural, national and international disasters. Tornadoes, floods, terrorist attacks, the greater the loss of life, seemingly the stronger the rally. The stock market rise following a terrorist attack on Turkey's largest airport was no exception. The US S&P Spider ETN was up by 1.7% the morning after. … END_OF_DOCUMENT_TOKEN_TO_BE_REPLACED

Media, American leaders remain silent. Saudi Arabia made a policy decision in 2014: Flood the world with cheap oil in order to undermine U.S. oil producers. A terrorist attack would not have inflicted as much damage on the American oil sector over the past year. U.S. companies are going bankrupt, jobs are forever lost, and everyone knows that the Saudis are guilty. Quite proud of it in … END_OF_DOCUMENT_TOKEN_TO_BE_REPLACED 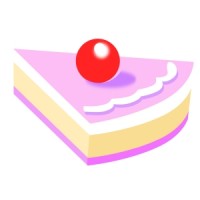 During the February storms that paralyzed the East Coast, killed 20 people and denied power to over 700,000, the U.S. stock market was on steroids. Misery apparently brings glee on Wall Street. Since it bottomed in 2009, the stock market has been on a meteoric rise - while economic security (and hope) has  vaporized for middle and lower income class workers. The Federal Reserve was pumping $85 … END_OF_DOCUMENT_TOKEN_TO_BE_REPLACED

Paul Krugman hits a nerve with his NYT op-ed, "The Fear Economy," (December 26, 2013). The following day, the S&P, DOW & NASDAQ reached new highs, performing in 2013 like Internet stocks from the late 1990s. The Federal Reserve brags on its website that Americans accumulated over 77 trillion in assets by 2013, (largely controlled by the 0.1 percent.) Have we reached the tipping point? In … END_OF_DOCUMENT_TOKEN_TO_BE_REPLACED 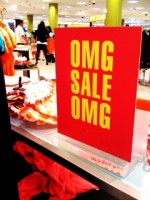 Replacing a favorite handbag with a newer model. My handbag is the right shoulder weight and contains all the pockets I require. It was even subjected to the washing machine hot cycle on several occasions. The purse came out perfect with nary a thread exposed. I purchased my first "edition" two years ago at a department store famous for parades. It cost me roughly thirty dollars. Now it was … END_OF_DOCUMENT_TOKEN_TO_BE_REPLACED

College students today are spending more on their education than ever before. Here's a visual look at the numbers. Guest post and image by graphic artist Maxine Wells (Gryffin.com). Tuition has risen 500% since 1985 and continues to rise each year, making it increasingly difficult to afford college. While a large percentage of full-time students take on a part-time jobs, the extra money … END_OF_DOCUMENT_TOKEN_TO_BE_REPLACED