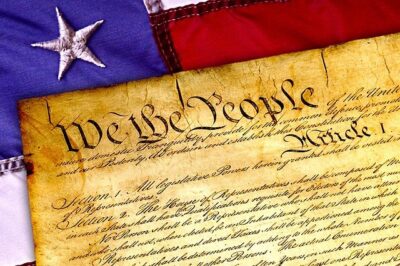 Read our Best Political Quotes of the Week in 2020.

“January 6 changed me. I never thought in my life that our form of government would be attacked by our own people. Something is wrong. You can’t have this many people split so badly that they want to go to war with one another. I’ve watched people who had power and abused it, people who had power and let it destroy them, and those who had power and used it wisely. I would like to be the third.” – Senator Joe Manchin, West Virginia (note: It was difficult to hear his words. He may or may not have said wisely, but I feel certain it’s what he meant.)

By March 2021, “got-away” migrants at the US border surpassed 118,000. Other sources reported that the total exceeded 130,000 by early April. The “got-away” metric is achieved by counting illegal immigrants who ultimately escape Border Patrol apprehension after being observed by aircraft platforms and camera systems. In addition, Border Patrol agents use traditional sign-cutting techniques to identify footprints where cameras do not capture the crossing. “That’s where it gets tricky,” says one agent who did not wish to be identified. “On a small trail, dozens can walk all over each other’s footprints, so you just do your best. Often, they’ll glue carpet to the soles of their shoes.” – Breitbart.com

March 28, 2021 – Three Companies Control Nearly All of our Insulin Supply

“Just 3 companies control nearly all of our insulin supply: Eli Lilly, Sanofi, and Novo Nordisk. Shocker: it turns out they raise prices in tandem—at least 13x in 10 years—while patients are rationing or starving themselves to try to cut costs. I want answers.” – @KatiePorter on Twitter (Representative Katie Porter)

“The end of humankind? It may be coming sooner than we think, thanks to hormone-disrupting chemicals that are decimating fertility at an alarming rate around the globe. A new book called Countdown, by Shanna Swan, an environmental and reproductive epidemiologist at Icahn School of Medicine at Mount Sinai in New York, finds that sperm counts have dropped almost 60% since 1973. Following the trajectory we are on, Swan’s research suggests sperm counts could reach zero by 2045. Zero. Let that sink in. That would mean no babies. No reproduction. No more humans. Forgive me for asking: why isn’t the UN calling an emergency meeting on this right now? – Erin Brokovich oped on TheGuardian.com.

Five-term Democratic Rep. Ann Kirkpatrick told the Arizona Republic that she won’t seek reelection, stating that she’s “always been a proponent of term limits” and that “I’m sort of term-limiting myself.” Could this be a new trend, seeding hope for term limits legislation?

According to CNN, “She unsuccessfully challenged Republican Sen. John McCain for his seat in 2016 but gave the late Arizona senator what was viewed as the toughest reelection fight of his career.”

Biggest provisions as summarized by @JStein_WaPo:

Federal Reserve Chairman Jerome Powell also stated this week that “the Fed does not think the economy is at risk of overheating.” BUT, according to former NY Fed President Bill Dudley (our quote of the week), “Wall Street is in for a rude awakening. They [the Fed] want the economy to overheat. And my personal opinion is, I wouldn’t sell them short. I think they are going to be successful.” Inflation is already well above 2%, copper has risen 40% and gasoline 53% in the past six months, and agricultural commodities by 31%. Yet, the Fed continues to claim inflation is non-existent. Stay tuned…

“I didn’t know we were storming the Capitol. I should have dressed different,” Bisignano told the Beverly Hills Courier, noting that she had worn Chanel boots as well as a Louis Vuitton sweater to the riot. More than 90% of the people charged in the riots so far are white, 40% are business owners or have white-collar jobs and few are unemployed, according to researchers at the Chicago Project on Security and Threats.

“There’s been this assumption that the most reactionary folks on the frontlines would be what’s often referred to as white working-class, but that’s of course not what we saw,” said political philosopher Vanessa Wills, who studies the intersections of race and class. “The people who showed up are disproportionately small business owners.” – From The Guardian, Feb 25, 2021

“Let’s be clear: The anger in this state party has never been about me violating principle or abandoning conservative policy — I’m one of the most conservative voters in the Senate — the anger’s always been simply about me not bending the knee to one guy … January 6th is going to leave a scar,” Sasse said, referencing the date of the violent insurrection at the US Capitol, where rioters encouraged by Trump sought to overturn the results of the election … For 220 years, one of the most beautiful things about America has been our peaceful transfer of power. But what Americans saw three weeks ago was ugly, shameful mob violence to disrupt a constitutionally mandated meeting of Congress to affirm that peaceful transfer of power.

“You are welcome to censure me again, but let’s be clear about why this is happening: It’s because I still believe — as you used to — that politics isn’t about the weird worship of one dude … The party could purge Trump skeptics, but I’d like to convince you that not only is this ‘civic cancer’ for the nation, it’s also terrible for our party.” – Senator Ben Sasse (R-NE)responding to censure by Republican Party of Nebraska for condemning former president Donald Trump for his attempts to overturn the election results and for his involvement in the US Capitol riot.

“The last time I was here in 2017, Capitol police were escorting me to central booking for leading a non-violent protest of an immoral budget. This time they just had to show me to my office.” – Georgia Senator Reverend Raphael Warnock @SenatorWarnock

Mike Pompeo, speaking at a Texas college, reminiscing about his time as Trump’s CIA director. “We lied, we cheated, we stole,” he chuckles. “It reminds you of the glory of the American experiment.” – America in Retreat by Michael Pembroke

“The new Government…will require a Purification from our Vices, and an Augmentation of our Virtues or they will be no Blessings. The People will have unbounded Power. And the People are extremely addicted to Corruption and Venality, as well as the Great. I am not without Apprehensions from this quarter.”

“We were getting chemical irritants sprayed. They had pipes and different metal objects, batons, some of which I think they had taken from law enforcement personnel. They had been striking us with those … And then it was just the sheer number of rioters. The force that was coming from that side. It was difficult to offer any resistance when you’re only about 30 guys going up against 15,000.” – Police officer Hodges Fanone, who was viciously attacked by rioters and subsequently suffered a so-called mild heart attack.

“The cries from right-wing politicians telling us we need to hear the feelings of Trump supporters are wearing thin, as is the idea that the mob at the Capitol was somehow ‘silenced’ or ‘censored’ for too long. In the hour before the deadly insurrection last Wednesday, President Trump told his supporters, ‘Make your voices heard.” Later, after they’d trashed the seat of American democracy, he told them he loved them and that they were “very special.’ So, let us look at some of the ‘very special’ people the President wants all of us to listen to — like the guy dressed up in the badger pelt, horns and face paint. Authorities say he’s a prominent QAnon crackpot and longtime Trump supporter. He was taken into custody on Saturday, charged with violent entry into the Capitol. I’m hard pressed to see what this malign Minotaur has to teach the rest of us.” – Alisyn Camerota, CNN anchor and co-host of CNN’s morning show, “New Day.”

“First, we need to hear directly from Christopher Wray, the director of the Federal Bureau of Investigation. We don’t need background quotes, tweets or written statements; we need Wray, along with our federal law enforcement officials, to stand at a podium on live television and explain how Trump supporters, who had been organizing online for months, were allowed to storm the Capitol. The FBI might not have all the answers now — but we deserve to know exactly what they are planning to do to get them.

“Republican lawmakers have given domestic terrorists the justification to take matters into their own hands … Too many Republican leaders today are more interested in preserving their own power than protecting our democracy. But failing to act now could very well turn yesterday’s events from an ugly and shameful episode into a pivotal turning point that sparks the destruction of our democracy. It is impossible to overestimate what’s at stake if we don’t move quickly and decisively to crush the anti-democratic forces that threaten us all.” – Joe Lockhart was President Clinton’s press secretary from 1998 to 2000 and co-hosts the podcast “Words Matter.” This quote appeared on CNN.

“This is not about alien abductions. We’re talking about the United States of America and the Constitution. I’m sick of false equivalencies. I’m sick of people saying there is evidence of this [election fraud] somewhere. Or are we going down a rabbit hole of conspiracy theories?

“Their reasoning is simple. It’s reelection, fundraising … making sure that we get those small dollar donors. A [Republican] friend I respect told me, “The crazier language we use, the more we raise.” We need to tell our voters: You can’t buy into this. We have to have fact based solutions. There are people saying that Vice President Pence is treasonous. This is absolutely insane.” – Rep. Denver Riggleman (R-VA) on Republican plans to oppose the certification of President-elect Joe Biden’s election victory. (As told to CNN’s Ana Cabrera)

Dr. Joyce Starr founded Starr Publishing in 2007, including DrJoyceStarr.com and Starr Publications.com. She founded Rights Radio in 2008. She has authored over 20 books - many on rights-related topics.