You are here: Home / Economic Rights / Fear Economy for the Ruling Class: Is the Tipping Point Near?

The following day, the S&P, DOW & NASDAQ reached new highs, performing in 2013 like Internet stocks from the late 1990s. The Federal Reserve brags on its website that Americans accumulated over 77 trillion in assets by 2013, (largely controlled by the 0.1 percent.) Have we reached the tipping point? In comments listed below the piece, John F. McBride notes that between 2007 and 2012, wages fell for the bottom seventy percent. Referring to the Great Depression in her comment, Karen Garcia reminds us, “Once upon a time, fear was transferred from the working class to the ruling class.” 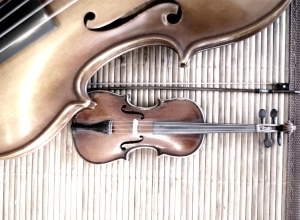 The economic recovery has, as I said, been weak and inadequate, but all the burden of that weakness is being borne by workers. Corporate profits plunged during the financial crisis, but quickly bounced back, and they continued to soar. Indeed, at this point, after-tax profits are more than 60 percent higher than they were in 2007, before the recession began. We don’t know how much of this profit surge can be explained by the fear factor — the ability to squeeze workers who know that they have no place to go. But it must be at least part of the explanation. In fact, it’s possible (although by no means certain) that corporate interests are actually doing better in a somewhat depressed economy than they would if we had full employment.

What’s more, I don’t think it’s too much of a stretch to suggest that this reality helps explain why our political system has turned its backs on the unemployed. No, I don’t believe that there’s a secret cabal of C.E.O.’s plotting to keep the economy weak. But I do think that a major reason why reducing unemployment isn’t a political priority is that the economy may be lousy for workers, but corporate America is doing just fine. And once you understand this, you also understand why it’s so important to change those priorities.

Too many Americans currently live in a climate of economic fear. There are many steps that we can take to end that state of affairs, but the most important is to put jobs back on the agenda.” – Fear Economy by Paul Krugman

John F. McBride of Seattle : “According to every major data source the .. majority of U.S. workers – white and blue-collar … with and without a college degree … have endured more than a decade of wage stagnation…between 2007 and 2012 wages fell for the entire bottom 70% despite productivity growth of 7.7%. Between 2000 and 2012 wages were flat or declined for the bottom 60% while productivity grew 25%. For virtually the entire period since 1979, wage growth for most workers has been weak. The median worker saw a 5% increase between 1979 and 2012 despite productivity growth of 74.5%; the 20th percentile saw wage erosion of 0.4%.”

Karen Garcia of New Paltz, NY: “Maybe the tipping point is near… when millions of us losing our unemployment benefits and millions more struggling under the yoke of wage stagnation, pension loss, and intolerable working conditions see the light, realize how badly the political system has failed us, and collectively assert our human rights. It happened in the last great Depression when the Bonus Army camped in Washington to demand cash back for their reimbursement certificates. It happened when throngs of jobless people got wise to the propaganda that poverty is caused by laziness, stopped blaming themselves, and demanded relief from the politicians through the mass Unemployed Workers Movement. The jobless joined the wage slaves in their sit-down strikes, endangering the bottom lines of the robber barons.

Once upon a time, fear was transferred from the working class to the ruling class. And the New Deal was born. And ever since, the right wing and the plutocrats have been trying mightily to dismantle it.”