Contradiction! We’re nearly 13 trillion in debt but the economy is recovering.

The stock market has outstripped Vegas as the playground of choice for bankers, brokers and the super-rich (again), while American workers depend on a roll of the dice. How can the US economy be so healthy and so sick at the same time? 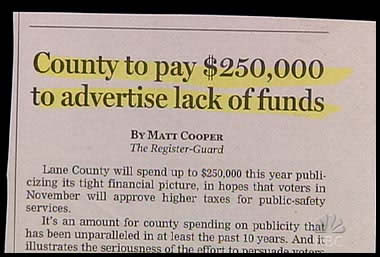 Why are so many mainstream commentators positively giddy about economic recovery? Personally, I don’t know a single giddy American.

Then again, I don’t know even one of the 29 hedge fund managers who raked in 50 billion dollars over the last two years. Nor have I received thank you notes from the bankers who received million dollar bonuses for masterfully using tax payer funds to transform their failures into success.

Question: If economic recovery is such an overwhelming fact, then why not give ALL the remaining Tarp funds back to the American people?

US Economy at a Glance:

– Number of years that most Americans work to pay their taxes:  20!

SEC  & April 16, 2010 – The SEC admits on April 16, 2010 that they’ve known about another multi-billion dollar Ponzi scheme since the late 1990s, but failed stop the fraud. The SEC announces an investigation into Goldman Sachs for insider trading on the very same day – April 16, 2010. Coincidence?

The Securities and Exchange Commission knew that Texas-based financier R. Allen Stanford was probably running a Ponzi scheme 12 years before it halted the fraud, potentially costing investors more than a billion dollars, according to the agency’s internal watchdog. – Washington Post, April 16, 2010.

And from former NY Attorney General/Governor Eliot Spitzer (when he was still paying attention to his job):

When my office, along with the Department of Justice, warned that some of American International Group‘s reinsurance transactions were little more than efforts to create the false impression of extra capital on the company’s balance sheet, we were jeered at for attacking one of the nation’s great insurance companies, which surely knew how to balance risk and reward. And when the attorneys general of all 50 states sought to investigate subprime lending, believing that some lending practices might be toxic, we were blocked by a coalition of the major banks and the Bush administration, which invoked a rarely used statute to preempt the states’ ability to probe. The administration claimed that it had the situation under control and that our inquiry was unnecessary. Time and again, whether at the state level, in Congress or at the Securities and Exchange Commission under Bill Donaldson, those who tried to enforce the basic principles that would allow the market to survive were told that the “invisible hand” of the market and self-regulation could handle the task alone. – How to Ground the Street, Washington Post, November, 2008.

Listen to the 15 minute show below: