A guest-friendly hotel to the rescue for weary business travelers, holiday seekers and those who wanted to be treated like they really matter.

I can’t stand the stagnant air, repetitive furniture and poor service of most hotels. 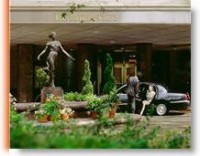 Then I found the Rittenhouse Hotel, a diamond on Philadelphia’s beautiful Rittenhouse Square.

On arriving, I received a warm greeting from hotel staff stationed at the front door. Whisked to the reception desk, another cheerful staff member asked, “Would you like a glass of champagne, juice or cookie?” What a pleasant welcome! Giving me her fullest attention, the woman behind the desk treated me as if I mattered. She offered a quiet corner room on an upper floor, before I could ask if any were available. The corridors were quiet, even beckoning, with lovely carpeting and soft-colors. 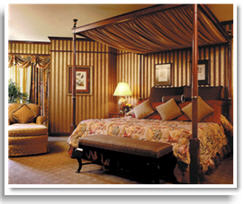 My hotel room was breathtakingly spacious. The classic (and classy) furniture had character. One could almost sense drama – personal stories – in the stately, elegant wood.

The bathroom was luxurious, well-lit and serene. The king-sized bed was plush, yet firm, thus assuring me a good night’s sleep. And the tall windows could be opened if I wanted to breathe the outside air.

It went uphill from there. Dinner at the hotel’s Lacroix restaurant was the best meal I had in long memory.

The hotel staff was courteous above measure, helpful and…happy! Not the permanent plastic smile we’re all so accustomed to…but people who actually seemed to enjoy their work and appreciate hotel guests.The hotel pool and health club facilities and spa were so inviting that one could easily remain for hours.

And that’s how I happened to meet the hotel’s Vice President and General Manager, David G. Benton.

I was so moved by the hotel’s ambiance and service that I told the desk clerk I wanted to compliment the manager on his extraordinary hotel.

Much to my surprise, General Manager David Benton appeared and welcomed me into his office. Signed photos of former presidents, prime ministers and notables decorated his office walls.

Mr Benton was generous with his time, and treated me like a VIP. He instructed a secretary to hold his calls and didn’t glance at a Blackberry or computer screen while we spoke… a true gentleman.

No wonder the Rittenhouse was Pavoratti’s home away from home, with an entire suite decorated according to his tastes.

Or that Bruce Willis chose to stay at the Rittenhouse during the filming of a thriller. Or that former President George Bush Sr has been a frequent guest.

But here’s the best part: One doesn’t have to be Pavoratti or Bruce Willis to be treated like a star at the Rittenhouse.

After all, I found the light at the end of my personal hotel tunnel – the sparkling Rittenhouse jewel.

To a restful hotel stay!