You are here: Home / Political Rights / Voice of the Resistance – 2022 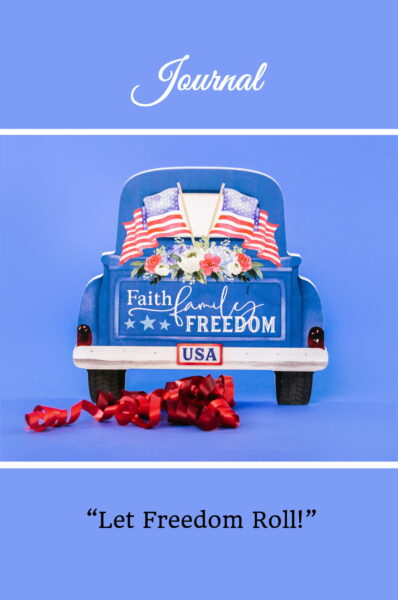 May 12, 2022 – Middle Schoolers Investigated for Incorrect Pronouns – Mom is Taking Them to Court!

“There’s nothing even remotely close to that alleged in this case.” He also said that pronoun misuse isn’t part of the school district’s policy or Title IX. “The charge against students for sexual harassment is an extreme abuse of the Title IX process. It’s totally inappropriate and is totally being mishandled by the school district.” – WLUK and https://www.theblaze.com/news/middle-schoolers-investigated-incorrect-pronouns

“Career politicians and big donors buying political favors are two sides of the same coin. Big donors pay millions to powerful politicians, and get favors worth billions. Limiting terms would help, but limiting donations would be even better. Donations should be limited to small amounts, about $100, from registered voters in the election district, once in each election. No big donors. No outsiders. No groups. Anyone is free to endorse someone, that’s free speech, but big donations are bribery! America First stands for the people, not career politicians and big donors who want cheap labor and cheap imports. America First, Freedom, and Prosperity!” – from @FamousJamous on Breitbart.com.

April 25, 2022 – Attorney Generals Fight Back on the Border Crisis

Soon after the announcement, Arizona Attorney General Mark Brnovich, Louisiana Attorney General Jeff Landry, and Missouri Attorney General Eric Schmitt filed a lawsuit arguing that ending Title 42 will place an undue burden on their states and that the administration violated the Administrative Procedure Act (APA) in doing so.” – https://www.breitbart.com/politics/2022/04/25/trump-appointed-judge-expected-block-biden-ending-title-42-border/

#Fentanyl 100k Americans went down. One father is standing up against Biden’s border/cartel/Chinese/Mexican crime family. “Americans need to know that the bulk of fentanyl is coming from China and then being sold to the deadliest terrorist organization in history — the Mexican drug cartels,” Capelouto said. “Last year, alone, the U.S. Drug Enforcement Administration (DEA) seized 9.6 million counterfeit pills laced with fentanyl. This is more than the number of counterfeit pills seized in 2019 and 2020 combined.” https://tinyurl.com/538fxw6f – @RightsRadio

#BorderCrisis Comment: “Where in the Constitution does is say the president can aid and support an invasion?” – DJT45 “Right after the part where they let the media lie and propagandize America.” – Ed Gulisano

The Foreign Agents Registration Act. “…$54 million in Chinese gifts donated to Penn, home of Biden Center. Ethics watchdog group calls for federal probe into by 2021, were wondering whether the U.S. labs in their country might have been involved in the creation of this pandemic.” Unlike the #MSM, @RobertKennedyJr won’t give up.

#FauciLied:  “The connection between Metabiota, Hunter Biden, the Department of Defense, and pandemic pathogen research is clear. Congress needs to investigate…” – Jake Freijo

#UkraineRussianWar: How is that the UN was able to predict four million #Ukrainian  refugees in the first week of the war? What did they know that we didn’t? That both Putin & the West would keep the war going? That our red line was stopping the war? – @rightsradio

“Folks this is why absolutely everyone listed as a bad actor above wants the current Ukrainian President Zelenskyy DEAD! He did not attend the CGI school for future leaders. He quit his job on a TV show to run against the corrupt Obama regime installed puppet running the Ukraine into the ground and he won on his anti-corruption /Pro-Law & Order platform. Soros, Obama, Biden, Hitlery and the rest have maneuvered and goaded Putin and set Putin up to be the bad guy and he is. So Putin can be the one to Arkancide Zelensky for … the gang.” – Dotcoman, March 18, responding to an article on breitbart.com.

The CDC says 92/93% can now go mask free. #comments: “Oh, I guess the ‘science’ changed?” – from Incurablewound “Yes, science has changed. Now it’s Political Science.” – from Onetrack “The Truth has no defense against a fool determined to believe a lie.” – The one and only Mark Twain

#Breaking #Comment “The #GreatReset is just a way to get the 4th Reich into all western countries. #Canada just practiced it on Truckers, the US likely will on our Truckers. Klaus Schwab is doing what Hitler couldn’t without firing a shot. Everything else is just distraction.” (@RightsRadio, Feb. 27)

Books will be written about how the #FreedomConvoy unmasked the biggest threat to the civilized world, how banks conspired, but how Freedom drivers and their supporters found ingenious ways to circumvent tyranny. It begins.

#TruckersForFreedom #comment: “Deliberately trying to kill nonviolent #truckers by freezing them out and disallowing them…fuel, food and freezing their bank accounts is unforgivable. Suggesting they may euthanize their dogs takes it to another level…sociopath/sadist.” – Diana

#comment: “Exactly my thought. STOP DRIVING YOUR TRUCK TO DELIVER THEIR GOODS. Let’s see how long their communist tactics work. They’ll be begging you to drive again!” – Lady Patriot

In the Blue Letter Bible, that translates Bible text into old Greek, the word in old Greek for witchcraft and sorceries is “Pharmakeia”! And what group takes its name from the old Greek word, Pharmakeia? Big Pharma! So this text tells of how Big Pharma deceived all the Nations into the biggest Global SCAM in History and is committing Mass Genocide! They are trying to depopulate the planet and usher in the Globalist New World Order, which is pure Satanic! And what is the Symbol of Pharmacists? A Serpent wrapped around a branch. We all know who the Serpent represents! – Man of God commenting on https://www.thegatewaypundit.com/2022/02/covid-booster-effectiveness-wanes-4-months-cdc-says/

PLUS: “When you type in antifa dot com look where it goes. Right to the White house!”   – Comment by masticTraction on https://www.breitbart.com/tech/2022/02/11/givesendgo-defies-fascist-canadian-govt-order-to-freeze-freedom-convoy-trucker-funds/

I tried it and that’s exactly where it goes!!

Kari Lake, a candidate for Governor in Arizona, plans to enter into an interstate compact with other states to circumvent federal immigration and border policies. And the first person she wants to lockdown is Anthony Fauci. A great quote to launch this post: “We The People no longer are willing to put up with the shots in our arm, the swabs up our noses, and those filthy masks on our face in order to make a living or send our kids to school. We’re done. No More!… when I am your governor there will be no mandates and no lockdowns. Actually, let me revise that just a little bit. I want to lock somebody down. And it’s that liar Dr. Fauci!”