The Rittenhouse Hotel is at it again: Named #1 Hotel in Philadelphia, #10 in the US, #52 in the World by Travel + Leisure, January 2011, the hotel brings joy to the hearts of guests, down to the tiniest tots.

I host and produce the Rittenhouse Review, the hotel’s very own radio show.

The most recent episode features the 5:30 am Royal Wedding breakfast. 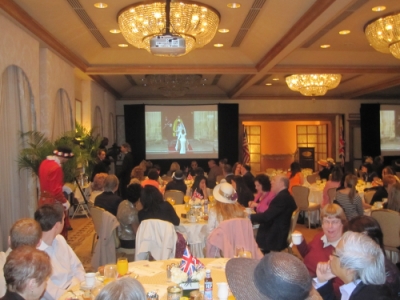 David Benton, Vice President and General Manager, and his creative staff, put the guest first – right where we belong, with a rich broth of ongoing events. Bravo. The Rittenhouse is a Philadelphia treasure, and Philadelphia is the best city on the East Coast to have an affordable, fantastic time. 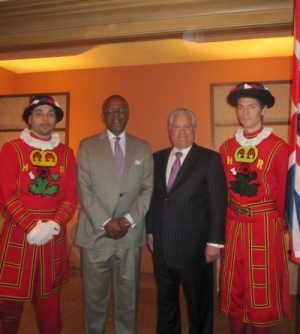 Frankly, listening to David recount current and ongoing events – in the city and hotel – makes me envious.

Visitors can have an incredible experience for less than the cost of a good dinner in most cities – wine tastings, afternoon teas, fantastic museums (the amazing Cleopatra Exhibit selected Philly, as did King Tut), biggest flower show in the United States, food happenings every weekend and a duck boat that travels by land and sea.

David highlights the first National Museum of American Jewish History on Independence Mall, enjoyed by immigrants, children of immigrants and people of all ethnic backgrounds.

RIGHTSRadio.com features hotel security in the aftermath of the hotel attacks in India. What will it take to improve hotel security? If you’re planning a vacation or any type of travel that involves a hotel, don’t miss my interview with the Rittenhouse Hotel Vice …

A guest-friendly hotel to the rescue for weary business travelers, holiday seekers and those who wanted to be treated like they really matter. I can’t stand the stagnant air, repetitive furniture and poor service of most hotels. Then I found the Rittenhouse Hotel, a diamond on Philadelphia’s beautiful Rittenhouse Square. On arriving, …