You are here: Home / Security Rights / Homeland Security / First He Came for THEIR Children…

Will the child-abuser-in-chief come for yours? Is he testing the waters? 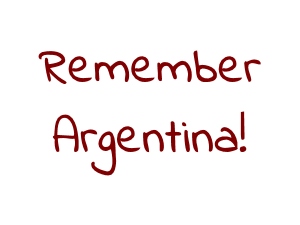 How/when did he plan to return those 2,300+ children to their parents – with no tracking system in place?

Do you remember (or have you read about) Argentina’s Dirty War – from 1974 to 1983 – where the military dictatorship “disappeared” over 30,000 people, killing mothers and gifting their babies to top military brass for adoption?

This is not border control. It’s a crime against humanity – intentionally disappearing babies and toddlers – effectively turning them into orphans.

In Argentina, the criminality continued for nearly a decade. Activists, journalists, students, writers, poets, playwrights and non-activists tossed into prisons for sentiments against the regime (or for nothing at all). Thrown out of airplanes. Raped. Tortured.

Disappeared, like THESE children. He’s been disappearing toddlers and teens for months, under the radar. Members of Congress were denied entry to internment facilities, let alone informed about so-called “tender age shelters” for babies and toddlers.

And you think that you and your loved ones are safe? Follow the millions (or billions) that prison contractors are salivating to earn. What happens if/when the “illegal” immigrant pool is reduced? Who will fill those jails and black sites? Fake news reporters? Foes? For a man who loves to “lock” them up, we should take him at his word.

The Trump administration wants to expand its network of immigrant jails. In recent months, Immigration and Customs Enforcement has called for five new detention facilities to be built and operated by private prison corporations across the country. Critics are alarmed at the rising fortunes of an industry that had fallen out of favor with the previous administration.” – https://www.npr.org/2017/11/21/565318778/big-money-as-private-immigrant-jails-boom